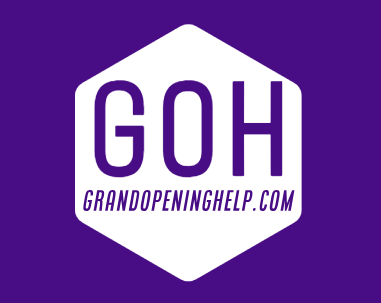 In the 20th century, people are now connecting through social networks. Facebook, being the leader in industry, is connecting people, colleagues, reuniting classmates and business associates using the Internet. Let’s use this social network to announce to people who have a personal interest, business relationship or similar interests that your business is having a grand […]

Grand Opening For A Lawyers Office

Twitter Grand Opening Can Help Spread the Word and Draw Customers Social marketing has taken over the world. Virtually anyone who has access to the internet, or a cell phone has an account on Twitter. Twitter allows 140 characters, which is not a lot, but it leaves enough to get the message across. One […]

Preparing and Planning a Grand Opening

Workbook On Planning A Grand Opening To have a successful grand opening event you are going to have to prepare and plan all the details. This can be time-consuming if you don’t know what you’re doing.  Worst yet, you have only one shot at it, so it best to get all the information you can […]

t doesn’t matter if you’re a franchise or a small business, a successful grand opening can increase the bottom line the first year. Successful retailers will go all-out to make their presents known in the community. They try to involve all aspects of government, newspapers, TV, radio stations, and community groups into the grand opening. These companies have learned that the community along with local business can impact the success of a business. 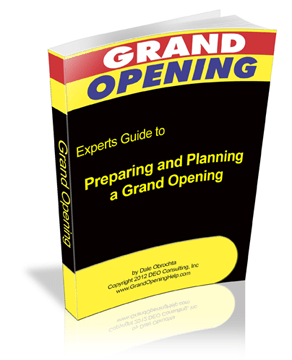 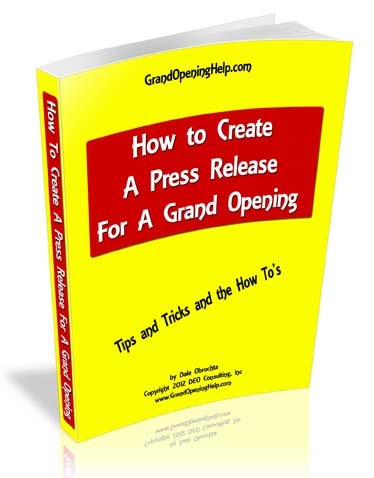